I know you are busy studying for your tests right now. The weather isn’t great, so please be careful when you are coming to school and going home. On rainy days at my house, my father-in-law often watches baseball. He is a Softbank Hawks fan, but he also watches some major league baseball in the mornings. This year he is following Shohei Ohtani closely.

If you haven’t read the news, Ohtani is one of the most popular players in America right now. He is one of the leaders in home runs, while also pitching. This combination of power and pitching hasn’t been done in the major leagues since Babe Ruth.

Babe Ruth is maybe the most famous name in major league baseball history. He was both pitcher and a hitter, and he played for the Boston Red Sox and New York Yankees. In fact, the Red Sox once sold him to the Yankees for $125,000. After that, the Red Sox did not win a championship for 86 years. It was called the “Curse of the Bambino”, because “Bambino” was Babe Ruth’s nickname.

For many years, Babe Ruth held the record for most homeruns in a season, and most in a career. There is even a chocolate bar sold in America today called “Baby Ruth”. 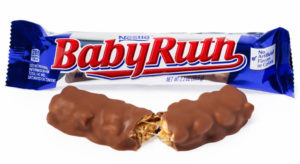 So, for Otani to be compared to Babe Ruth is an amazing thing. We should enjoy his career while he is playing. We might not see a player like him again in the next 80 years.

Thank you to everyone who helped with the Shin-ai festa last weekend. It it one of the biggest events of the year, and teachers could not do it by themselves. The students who helped with club activities, guiding our guests, and cleaning up at the end really showed Shin-ai’s spirit. Great job!

Yesterday, Monday, was a day off for both students and teachers. It rained for most of the day, so hopefully you could relax inside and start preparing for your mid-term tests. When I looked at the weather forecast(1) it looked like this:

Rain almost everyday for the next week! Has the rainy season already started? Usually it is in June, and then summer starts in July. This year it is very early, which means… our summer could be much longer than usual. I think I am going to melt!

For now, take care to bring your umbrella to school with everyday because you never know when the rain is coming. Hopefully it stays cool for a little longer. I am not ready for summer…

(1) forecast – fore means “before” and cast means “predict”. You can forecast the weather, and you can also have a “business forecast” if you are looking at the future of your business.

I hope you had a good Sunday. The weather was beautiful, with sunny skies and a nice breeze. I enjoyed spending time in my garden, and I should have had a bbq… next time I will!

Today we had a special event at school, 聖母祭. This is a mass which celebrates Mary. Usually, each class presents a paper with the class goal, and a bouquet of flowers. Then, after the mass, students present the flowers to people who have helped them, such as elementary school teachers.

However, this year we had to make a different plan because not all students were in the gym. So, we brought the big (180cm!) statue of Mary from the church to the stage, and surrounded it with many different flower pots. The leader of each class still brought the class goal up to the stage.

Not everyone could go in the gym, but we could all watch on the screens in the classroom. I am looking forward to the day where we can all celebrate together. Anyway, here are some pictures: 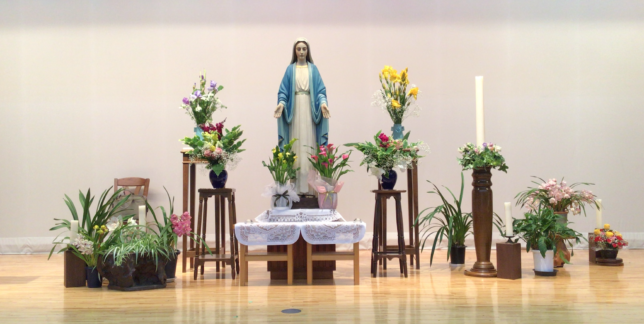 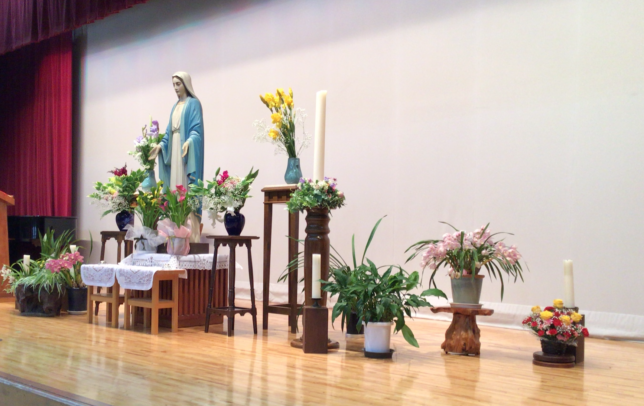 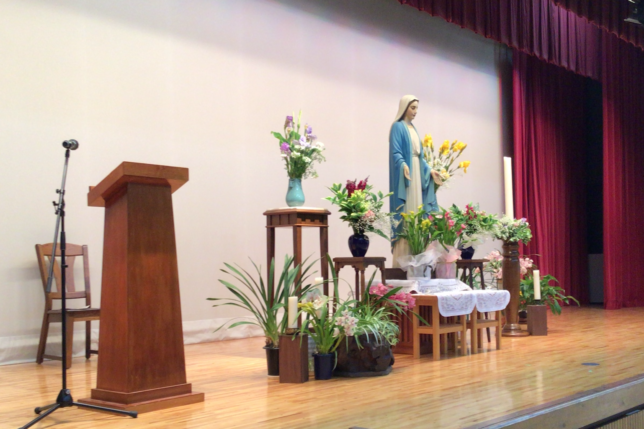 Have a great week, Allen

I hope you enjoyed your Golden Week holiday. There are many special days in Golden Week: Showa Day, Green Day, Children’s Day… but there is one more day that is not on the calendar. May 4th is Star Wars day! On this day fans around the world celebrate the movies that have been popular for more than 40 years. Why is May 4th Star Wars Day?

Well, the one of the most famous lines in Star Wars is the Jedi greeting:

May the force be with you.

Can you hear how similar it is? Anyway, part of Golden Week is relaxing with family, eating some good food, and refreshing ourselves after a busy school festival. One great way to do that is by eating some popcorn and enjoying a movie. Next Golden Week, when you look at the calendar, rememeber that on May 4th, the force is with you.

Two weeks until mid-term tests, do your best!