It has been a busy couple weeks here as we get ready for mid-term tests. Teachers are making tests and students are studying hard afterschool. Next week we have two days, a refresh day on Wednesday, and then two more days after that. Good luck and do your best!

Today a friend of mine came to school because he needed my help. His three sons were getting their Canadian passports, and he needed me to sign as a witness. That reminded me to check my family’s passports too.

My family members all have Japanese passports, and they look nice, but I think that Canadian passports are some of the best in the world. Every page has a different design, with a story about some Canadian culture or history. But, once you put the pages under a UV light, the passports are AMAZING. Check it out: 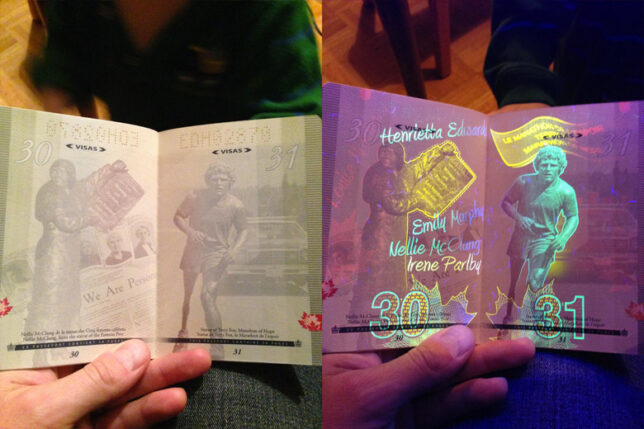 This is my favorite page. It features Terry Fox, one of the most famous people in Canada. I taught you about Terry Fox in your M2 English lessons. 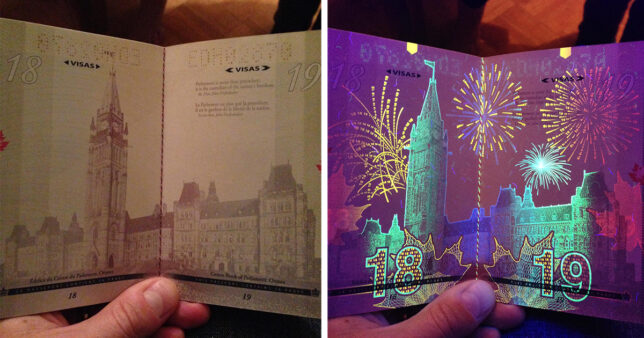 These are the parliment buildings in Canada. On July 1st, Canada Day, there are fireworks there.

There are many other pages and interesting picture. Search for them if you are interested. Do Japanese passports have any secrets inside? If so, please tell me about them. Have a good week, good luck on your tests!

For every generation, there are days and events that are “turning points” in life. For many people in Japan, the Hanshin earthquake in 1995 or the Tohoku tsunami in 2011 are major events. For people my age in Canada and America, the terror attacks on Spetember 11th, 2001 is an event we will never forget.

I was living in Canada at the time, studying at university. On September 11th we had just started a new school year. I remember that I was in the cafeteria buying breakfast when the cook told me that something had happened in New York. All the students that came to school watched the events on TV that day. Nobody went to class.

9/11 actually involved 4 airplanes. Two hit the World Trade Center in New York, one hit the Pentagon building, and one more crashed in a field because the passengers, who learned of the first three planes, fought the terrorists. Their heroic actions saved lives.

All other airplanes flying to America had to land somewhere else. Many of those planes came to Canada. The tiny town of Gander, population 12,000, accepted 38 planes and almost 7,000 passengers and crew. People opened their homes to strangers in need. It is now a famous story of friendship between Canada and America.

After 9/11, America went to war in Afghanistan and Iraq. Only recently did they leave Afghanistan, making the 20 year war the longest in America’s history. A whole generation of children in both countries have never known peace. The image of muslims around the world was damaged by these events, leading to prejudice and fear.

Even though it was 20 years ago, every 9/11 I wake up thinking about that day. I probably will for the rest of my life. For you, it is something from your history book. Today, covid-19 is the defining event of your generation. You will remember pre-covid and post-covid, how things were before, and how they were after. Hopefully if we all work together, it is something that your children will only read about in their history books.

May the peace of the lord be with you. 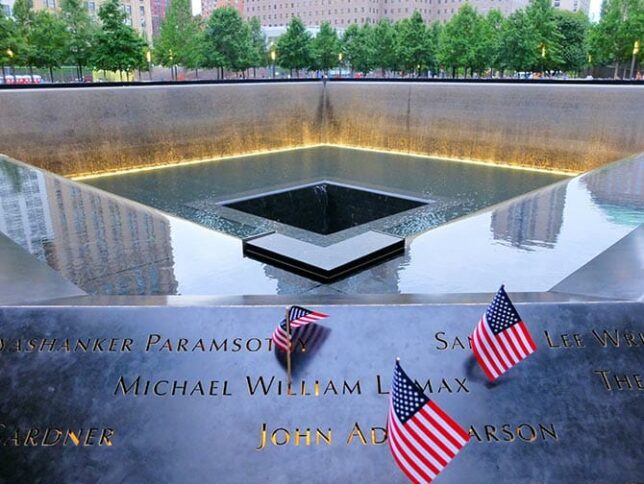 The topic in our M3 conversation book this week is “Sports”. In the reading section, it mentions curling, which was the sport I played when I was in high school. 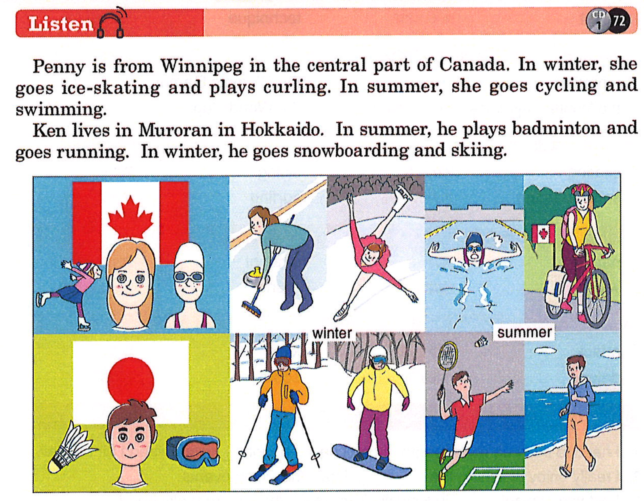 Most of my students don’t really know how to play curling, or what the rules are. So, I thought this was a good chance to teach them a new sport while using English. First we watched a short video about the rules. Second, we watched some professional curling shots. Third, I gave them a little quiz about how to count points. For example…

But, all of that doesn’t matter if we can’t play. Unfortunately, there are no curling rinks near our school. With a little imagination, some paper, tape, and some poker chips, we managed to find a good solution. 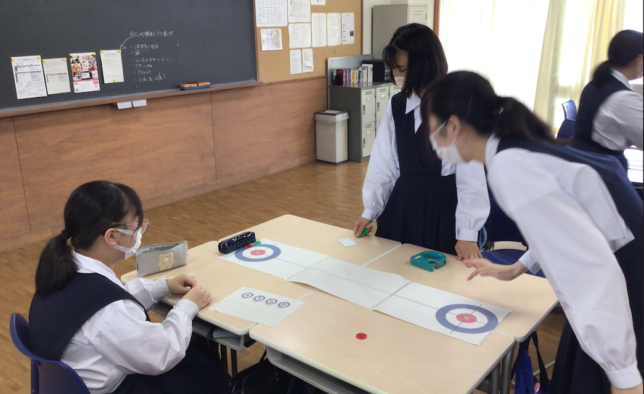 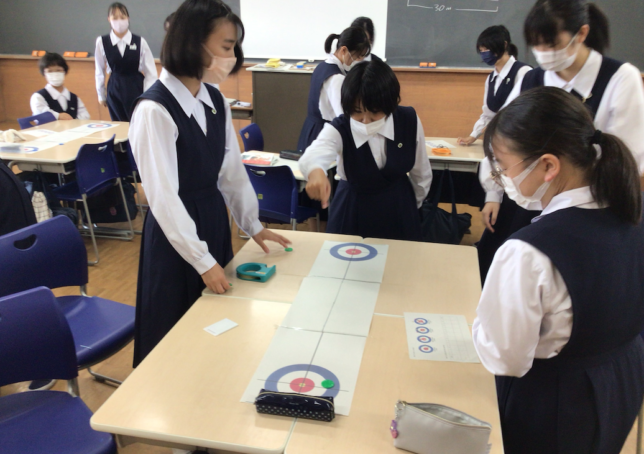 It is fun to learn new English, and it is easier to remember if you use it in action. Have a good week!

It has been a long time since I last wrote on this page. I thought of some different topics but it was difficult to find some good news. In Japan we had wild summer weather, more rain than I have ever seen in August. On the other side of the world, there was no rain at all and fires were a big problem. Amidst all that, covid continues to cause problems everywhere and seems impossible to slow down.

So, with the start of the new term, it is important to refresh ourselves. There are many good things that are happening right in front of us that we should take the time to enjoy. Reconnect with your friends, do your best on a test, and take on a new challenge for fall. If we have success in our own lives, we are more optomistic and able to help the world at large.