Today is a sad day here at Shin-ai. Many of you will not know Paula-sensei, but if your older sister, mother, or teacher is a Shin-ai graduate, they will. Paula was from America and taught English here for twenty years. She is an important part of Shin-ai’s history, and also a trail-blazer. When she came to Wakayama, there were not many foreign people teaching English here. Her effort and energy helped open up our school to new programs and challenges like SGH and our visitors from Australia.

Ten years ago she retired and moved back to America. Although I did not work with her, I met Paula when she came back to Japan to visit her friends. She most recently came back this summer.

Unfortunately, when she returned to America, she went to the doctor and learned she was sick. She passed away today. When you pray today, please remember that we are all part of a big Shin-ai family, filled with not only the people you see everyday, but also the people that came before. 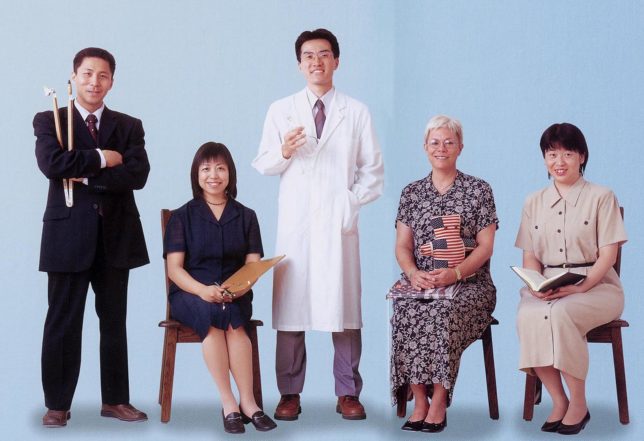 I hope you enjoyed your two days off. Monday was a national holiday called “敬老の日”, or “Respect for the Aged Day”. It is a holiday that started in 1966 and it is a chance to think about the older people in our lives.

In Japan this holiday is becoming more important every year. Yesterday it was reported that one in five people in Japan are over 70 years old. Japan has the oldest population in the world, and it is only getting older. This is important for you to think about.

In the future, jobs that help old people will become more in demand. It is easy to imagine jobs like nursing being more important. But really, all of society will change with an older population. Someone who can design barrier-free buildings, improve hearings aids, or think of better safety designs on cars will be as important as nurses.

So, this day is not only a day to say “thank you” to your grandparents, but this is also a day to think about the future, and how we can all be a positive part of it.

Have a great day, enjoy that beautiful blue sky out there!

Today we had a meeting to return the pre-test to the students who took the exam last week. They got a chance to get some advice from different teachers, as well as learn about some of our school’s clubs.

After that they had half an hour to walk around the school and look into various classes being held in fourth period. I think some of your teachers were nervous today because they had some people watching them!

To everyone who came to our school to get their test back and take a look around, thank you very much! To all the teachers who were teaching and students who helped prepare, a big thanks to you too.

Now we have a two day holiday, and then next week we will welcome some guests from Australia. Let’s make sure they enjoy their time in Wakayama. See you Tuesday!

I hope you could hear my bible study this morning. Here is a copy of what I said:

12 Don’t let anyone look down on you because you are young, but set an example for the believers in speech, in conduct, in love, in faith and in purity.

This is a message from Paul written to Timothy. In the bible, Timothy was working as a young man, sometimes talking about God to people who were older than him. Paul is telling Timothy that he should not worry about his age. Being a good role model was the most important way to show other people his faith.

You are also young, like Timothy. You do not need to wait until you are older to hear God, pray to God, or work for God. God is with you from the day you are born until the day you die. He wants you to live this way today, not just when you are an adult.

Everyday at school we are all sharing our lives together. We study and play, laugh and cry, succeed and fail. Your days at school are your chance to set an example and show others your faith.

This does not mean you need to act like an adult. You are not adults yet. But it means your words and actions are important today, and the good example you show can help other people, both younger and older than you.

Please take a moment to think about today’s message.

If you have any questions about it, please ask me. Have a great day!

Today I was reading a newspaper article about the hurricane headed towards America. The article was walking about last year’s hurricane season, and one sentence made me pause:

In 2017, for the first time in over a decade, the United States was hit with four devastating hurricanes: Irma, Harvey, Nate, and Maria. Nearly 3,000 people in Puerto Rico died as a result of the latter, thanks in large part to…

Usually we use the word “latter” when we talk about the second of two options. We use the word “former” for the first one. In this case there is a list of four names, so I think a better way to write the sentence could be:

In 2017, for the first time in over a decade, the United States was hit with four devastating hurricanes: Irma, Harvey, Nate, and Maria, the last of which killed nearly 3000 people in Puerto Rico. This was in large part thanks to…

Just some food for thought. Have a good day!

As you probably know, there was a fire in the station during the typhoon. Ozaki station is built over the tracks, so it was difficult to fight that fire. Some of the pictures from the day are shocking. 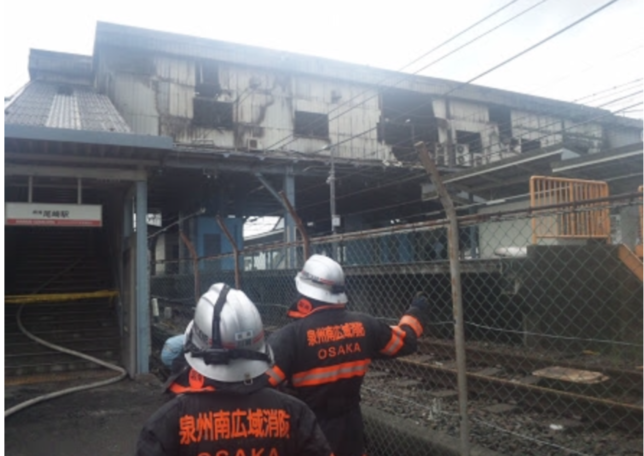 See that big black hole? That was my favorite gyoza spot! I hope the businesses in the station can start again.

As we continue to repair and recover form the typhoon, there is some good news! For students and teachers who use the Nankai line, Ozaki station re-opened today. However, it looks a little different… 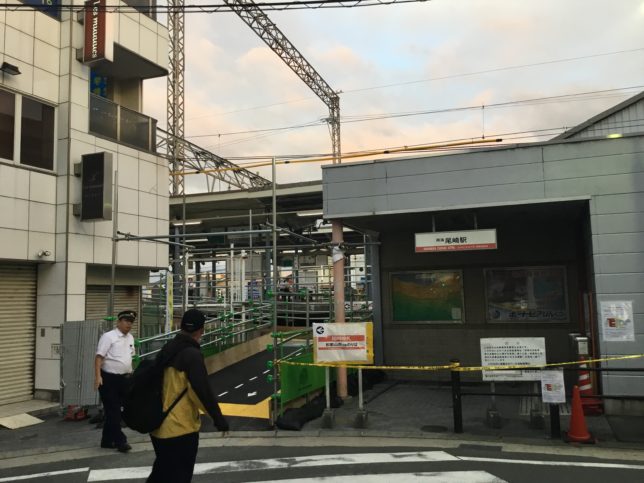 This is the entrance today. You can’t go up and over the tracks, so how do you get to the platform? 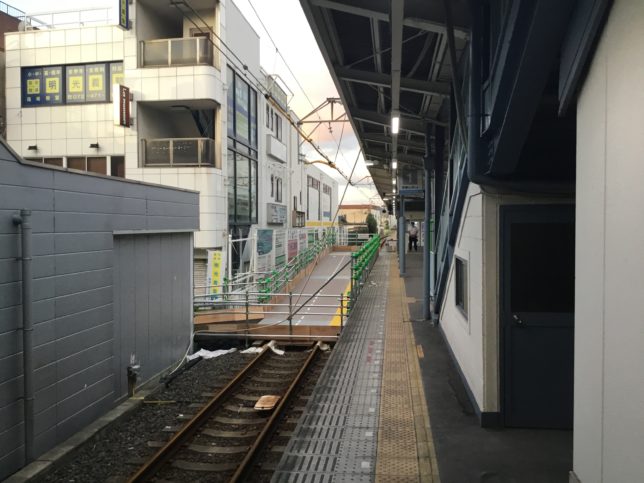 It will take time for the station to be repaired or rebuilt, but for now, we can start using the station again. Day by day, step by step, life returns to normal.

It has been a while since I have written, but a lot has been happening. Last Monday I was shocked to hear Sr. Morita tell us that the school would be closed on Tuesday because of the typhoon. We have had many typhoons, but this was the first time I remember the school closing the day before.

In Canada, especially during the winter, my house would lose power a few times a year. Usually it was because a car hit a power pole. The truck from the electric company would come out quickly and fix it, and power would be back on soon.

After the typhoon though, the power in my neighborhood was off for days. With no electricity, our “way of life” changed a lot. My family cooked with a gas stove, and used candles on the table. We took very short (and cold!) showers. We went to sleep early because there were no lights at night.

All of this was difficult, but we also had some good experiences. The day after the typhoon, everyone in my neighborhood worked together to clean up the street. People found items from their neighbors’ houses than had blown away. I even helped repair a tamanegi koya that had fallen down.

And, because our fridge wasn’t working, we had to cook the meat before it spoiled. We had a BBQ after the typhoon and cooked all the meat! We enjoyed sitting outside at night with only the BBQ for light, talking and eating together.

Now life is getting back to normal. The power is on and the water is running. However, we should remember this experience. We should prepare ourselves for the next typhoon. For me, I want to make sure that I have more bottles of water, and I want to clean up my balcony better.

In English we say that “every cloud has a silver lining”. The cloud is a problem, but the silver lining is something good. I was not happy to have the typhoon of course, but the experience and lessons I got from it were good.

Stay dry this week. You have some special holidays soon, so study hard at school and play hard on your days off.