The World Cup is in full swing, and the group stage is almost complete. Fans in England are happy because their team has looked strong. Japan is tied at the top of it’s group, and can continue to the next round with a win. And Argentina is breathing a sigh of relief as they won last night to survive. Their star player, Messi, scored an amazing first goal.

What a shot, what a goal. Did you see how he touched the ball twice before it hit the ground, once with his thigh and once with his foot? That is incredible control, and it shows why Messi is the best (sorry Ronaldo fans!) player in the world.

Of course, Messi is a very talented player, but he also works very hard at his skills. When we watch people like soccer players, Olympic players, or even great cooks and craftsmen, we are amazed at how they perform. What we don’t see is what it takes to get to the top. 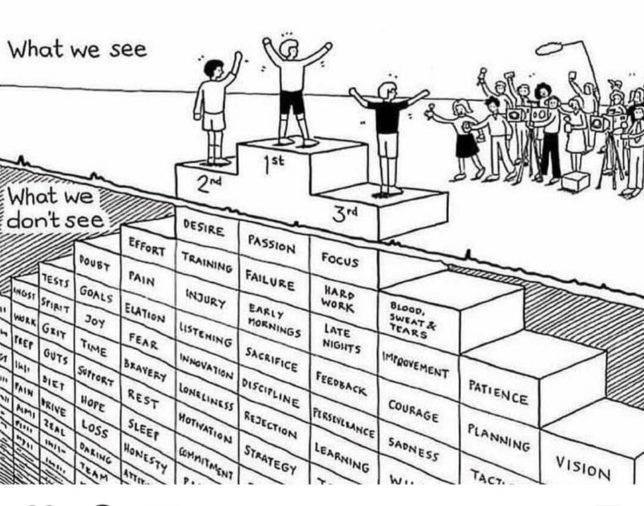 I used to say “good luck on your tests”, but you don’t need luck. You just need to think about these words. How well you want to do is up to you. 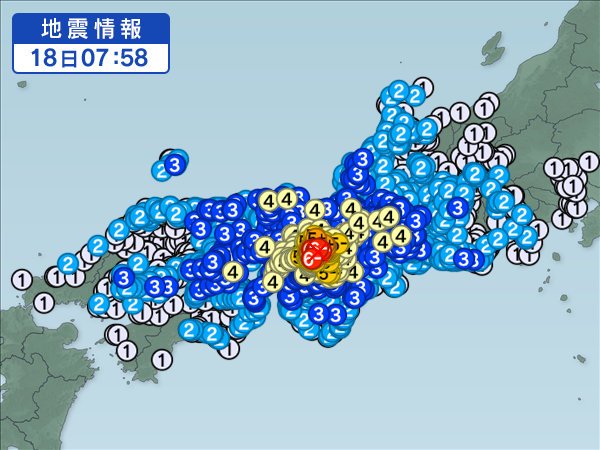 On Monday we had a shocking event. An earthquake shook northern Osaka, and we felt it all the way south in Wakayama. It was a scary moment because all the cell phones in the teachers room broadcast the warning at the same time. Fortunately, there was no damage at our school.

Later that day, the principal called all the teachers to the teachers room and told us that students would go home early. The train lines were delayed or stopped, so it was better for students to leave sooner rather than later to get home safely.

After refresh time, Mr. Kamioka made the announcement to all the classrooms. I was very unhappy to hear some classes cheering. I felt like some students didn’t understand how serious the situation was. 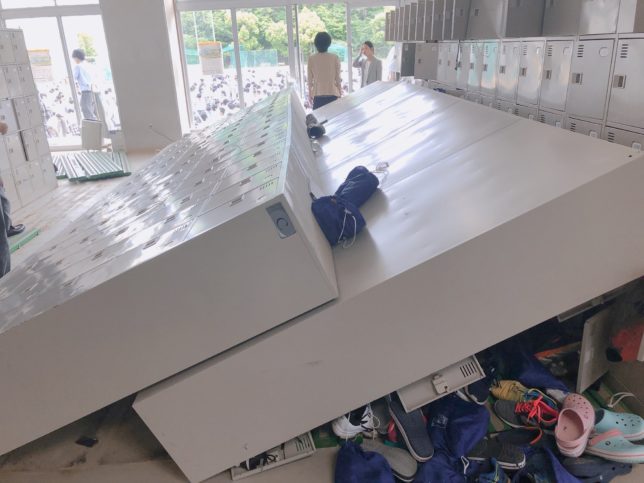 An elementary school in Osaka.

The students who cheered were only thinking about themselves. “I get to go home early.” “I don’t have to study this afternoon.” “I have some free time.”

Did you think about how serious the situation was? Did you stop to think about the problems other people were having? Did you wonder “I hope everyone is ok!” or did you just think about going home?

Part of growing up is having empathy for other people. Empathy is imagining how other people feel in a situation. In 2016 there were many earthquakes in Kumamoto that caused a lot of damage, including our sister school Kumamoto Shin-ai. Many teachers and students here worked hard to collect money to help them. I am sure that when Shin-ai students in Kumamoto heard about the earthquake on Monday, they imagined how they felt before, and had empathy for us.

So the next time there is a problem, don’t only think of yourself, but also imagine how other people are affected by it. And when we have an earthquake, or a typhoon, understand that this is not a good thing. There will be some damage. Someone may be hurt or even die. And don’t cheer a terrible event just because you can go home 2 hours early. That is selfish and childish, and I expect better.

Now everyone is back from their school trips. I hope you had a good time! One cool thing happened for the girls who went to Canada. They went to a baseball game! The Toronto Blue Jays are Canada’s only major league team, so really it isn’t just “Toronto’s” team… it is Canada’s team! It was nice of them to welcome our girls to the stadium with a message on the scoreboard: 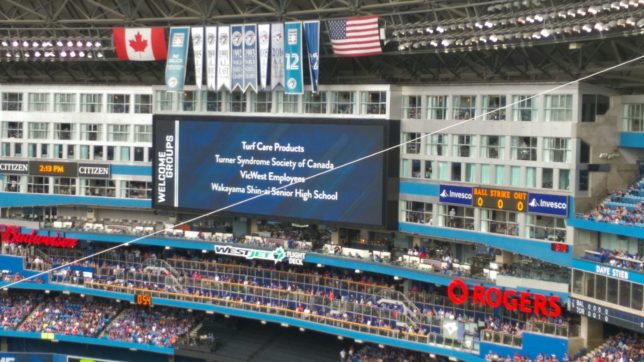 When I was a boy growing up in Canada I played baseball with my best friend. Even though we lived in Vancouver, we always cheered for the Blue Jays. In 1992 and 1993, the Blue Jays won the World Series. It is rare for teams to win two years in a row, but Toronto did it! The end of the 1993 World Series is one of the most famous homeruns in basball history.

In Japanese it is called a “Sayonara Hit”, but in English we call it a “Walk-off” hit, because afterwards the players walk off the field. The game is over. Joe Carter hit a walk-off homerun to win the series. Even though it happened 25 years ago, I still remember being in my living room, watching Joe Carter run to home.

I’m glad our girls got to have a major league experience, and that everyone came home safely. Thank you again to all the teachers and parents who helped put this trip together! 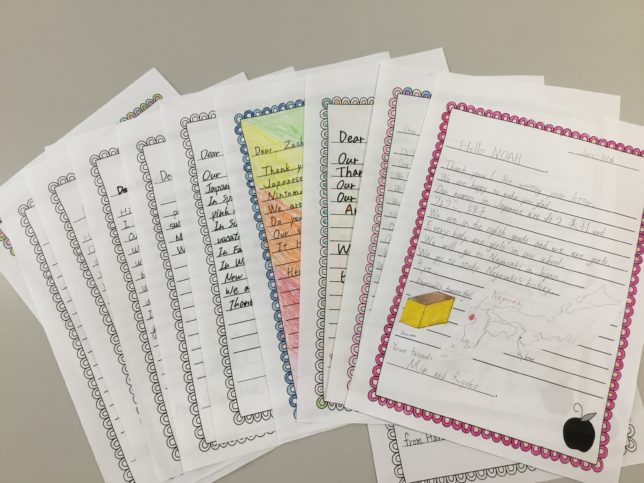 School trip season has started, and today we said “Enjoy your trip” to the H2 girls going to Hokkaido. It is an important event in school life, so I hope they enjoy themselves. Next week other grades will go to Tokyo, Tokushima, and Kansai Aiport. After that, final tests are coming quickly.

In our M2 English conversation classes we have been writing letters to an elementary school in America. First, the American students wrote to us. Then, we replied. After that they wrote one more time, and this week our final replies will go back to them. Their school finishes at the end of June, so our letters will be a nice summer present.

The students in America study about Japanese culture, so our letters are a good way for them to learn about Japan. For our students, the letter exchange is only in English, so they have to use their English studies to read and write. Of course, everyone makes some mistakes, but it is nice to communicate with new people.

Here are a couple colourful letters we are sending. Good job everyone, thank you for your hard work! 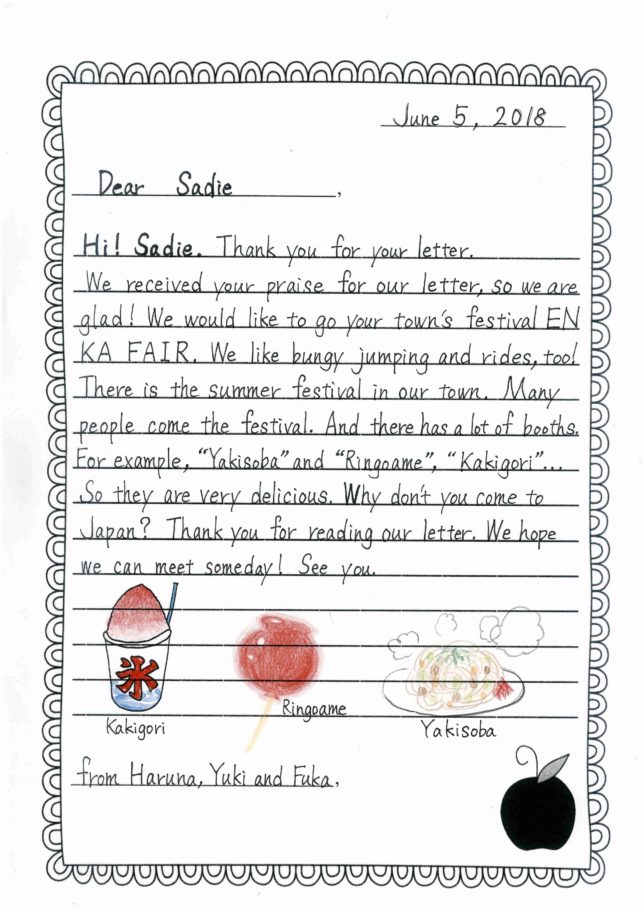 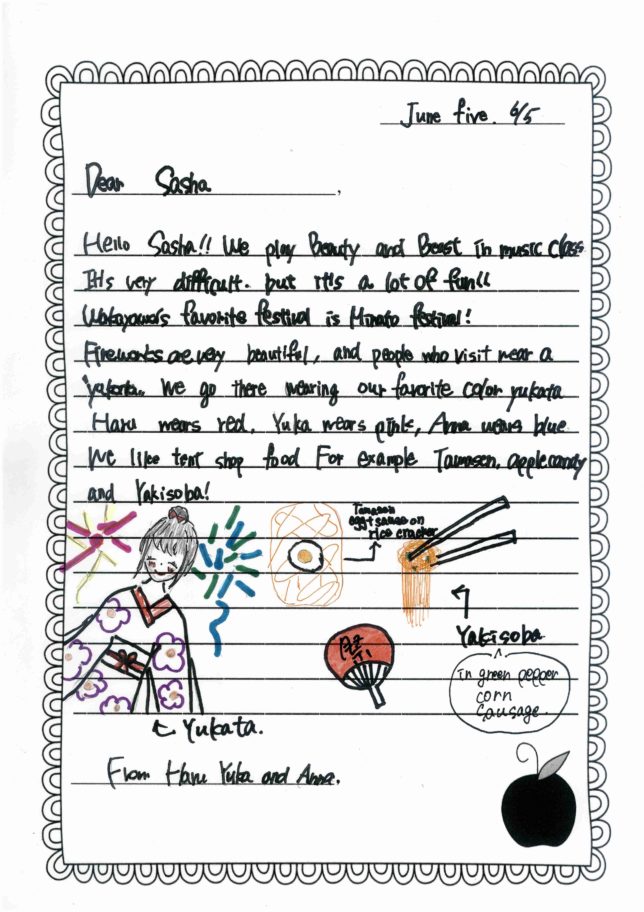