Last time I wrote about the special ceremony on Tuesday. Did you watch it at home? It was “history in the making”, which means an event that will become history is happening in real time.

The announcer on TV said that there were 2000 people at the event. Some of them were world leaders, and some of them were members of other royal families around the world. Take at look at the man in the middle of this picture: 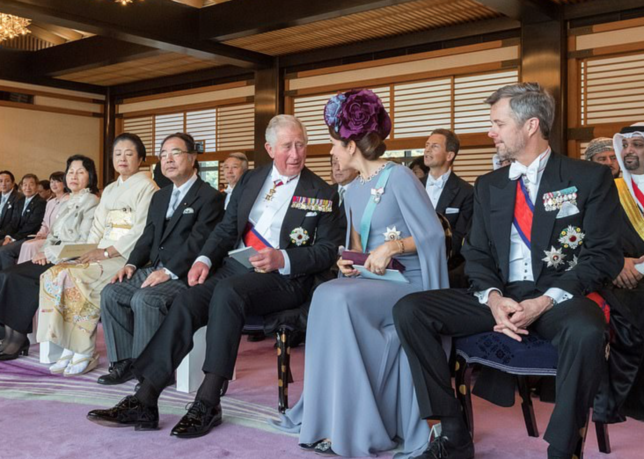 Do you know his name? He is Prince Charles, from England. He is a member of the Royal Family of England. His mother is Queen Elizabeth. She has been queen since 1952, making her longest King or Queen in England’s history. Prince Charles has been waiting a long time to be king. He is 70 years old!

After Prince Charles are his two sons, Prince William and Prince Henry. They have started their own families now. One big problem for them is the media, or paparazzi. These paparazzi follow them everywhere, taking pictures to sell to newspapers and magazines. When William and Henry were boys, their mother Princess Diana was killed in a car accident trying to get away from them.

Today, the Royal Family does not have real political power. It is mostly cultural influence. Canada has a long connection to England because of our shared history. So, if you look at Canada’s money you will see Queen Elizabeth on the coins. One interesting thing is that the older the coin, the younger the picture. New coins have an elderly queen while old coins have a younger queen.

What do you think? Come tell me about it. Have a good week! 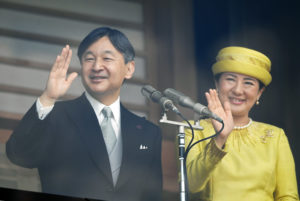 Next week on Tuesday Japan will celebrate a special day. The new emperor, Emperor Naruhito, will have a ceremony to tell the nation and the world that Japan has a new emperor. In English it is called an “enthronement ceremony”.

On this day, many people who have done something bad in the past will receive a “pardon”. This means that the record of their crime will be erased, and they will have a clean slate in the future. This will help them when they want to get a new job, or make other big decisions in their life. The newspaper recently said that about 500,000 people be affected.

So as Japan begins a new chapter, and people in Japan recieve pardons, it is a good chance for us to think about what changes we can make to ourselves in this new era. Enjoy the holiday!

Today is the second day of mid-term tests, and it is a beautiful day outside. I hope you do your best this morning. Remember when you are studying to take a 5-10 minute break every hour to rest your eyes and stretch your body. Teachers too! When you are marking tests at your desk, take a break to refresh.

Last week we had our sports day at Big Whale stadium. I arrived early to help park the bicycles and saw something interesting. There was a new type of bench in front of the arena. And… there was some interesting English on it: 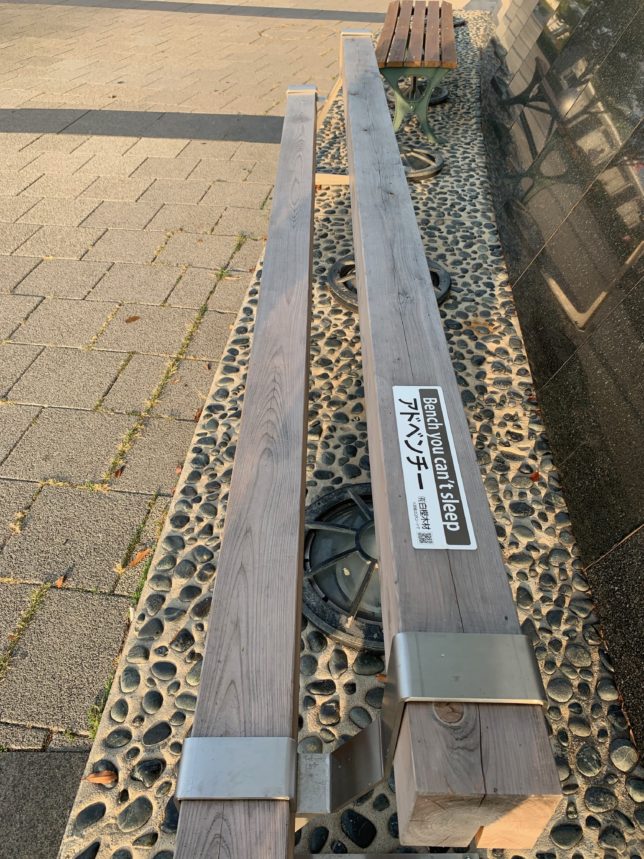 First of all, the katakana use of “adventure”+”bench” is super funny. Nice job. But secondly, look at that English! It sounds like someone is telling the bench itself not to sleep! Of course it should read “A bench you can’t sit on.”

As you take your tests, make sure you take the time to double check your answers when you finish. That way you don’t make a careless mistake like the adventure bench here. Good luck!

Today is a rainy day as the typhoon moves between Korea and Japan. Let’s hope that it does not cause too much damage wherever it goes.

We are lucky that the typhoon was not here two days ago, because we had our sports day at Big Whale on Tuesday! The first student arrived at 6:57 in the morning! So, I know everyone was excited.

Congratulations to the green team for winning the cheering contest, and good job H3H! They won the class relay against H2H and H1H. The seniors were victorious!

Everyone had a good day, and now it is time to get ready for mid term tests. Good luck with your studies.

Both students practiced hard, so I was happy to see Ms. Takeda get second place in the contest! Ms. Suyama also did well, and was awarded a special prize from the Wakayama Lion’s Club. 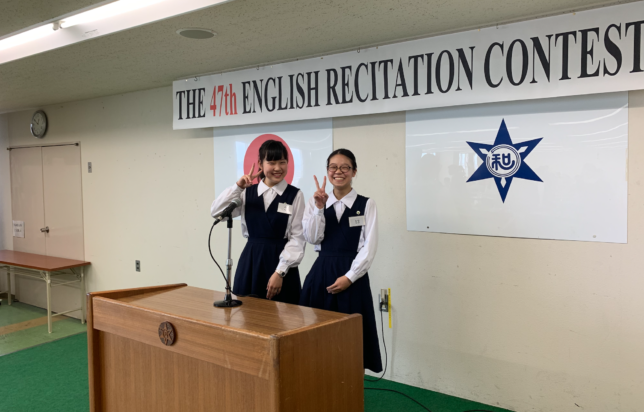 Congratulations both of you! First and Second grade students, do your best for next year!